In California, Bail Becomes Easier With A Bail Agent

When caught by authorities, the defendant can be freed with a bail which assures the court that he or she will appear when summoned. In California, bail can be made easier by services rendered by a bail agent.

Although one can opt to pay the bail in full, depending on the bail amount, it might be difficult to pay. This is where bail agents come in. What they do is offer the option to pay 10% of the full bail amount for the defendant’s release from jail. This is the amount earned by the agent. The rest would be held as collateral which will be returned once the defendant has fulfilled all required appearances at court.

Bail agents can be found in most jails, courts and even private offices across the state. Absolute Bail Bonds’ California bail agents are easy to contact, 24 hours a day, seven days a week. To learn more, talk to one of the firm’s representatives toll free at 800-793-2245. 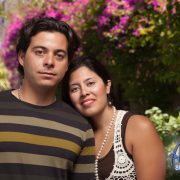 Hollywood Bail Bond Store is always here for you

Absolute Bail Bonds in Hollywood believes in honesty and integrity

Absolute Bail Bonds Is the Best in California