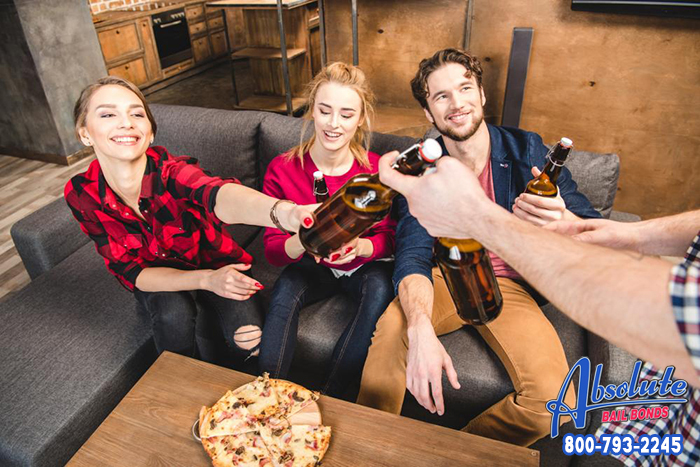 When it comes to processing alcohol, men and women are entirely different. Contrary to common belief, men and women of almost the same height and weight do not experience similar effects after consuming equal amounts of alcohol. Studies prove that women are more adversely affected by alcohol abuse. That makes it very necessary for women to understand this particular difference between them and men and reduce their alcohol consumption accordingly.

Just like men and women are differently affected by various diseases, alcohol-related ailments also exhibit varying levels. Studies and researches conducted over the last couple of decades prove without a doubt that quite a number of ill-health consequences of alcohol abuse develop faster in women than in men.

In general, men are able to handle excessive alcohol consumption better than women. Being larger in build, men have more blood volume and less body fat than women. In addition, men have a higher concentration of dehydrogenase – an enzyme that breaks alcohol down. On the other hand, women have a smaller body size, more body fat, lower amounts of dehydrogenase and regular occurrences of hormonal changes. As a result, women respond faster and with more intensity after a round of drinks.

The Truth About Alcohol : True or False

Men can drink more than women without getting drunk?

TRUE. In general, men can drink more without becoming intoxicated. That’s because men tend to weigh more, which means that alcohol is less concentrated in the bloodstream. In addition, men’s bodies tend to contain more water, pound for pound. This means that alcohol will be more dilute in a man’s body.

A 140-pound woman who tries to “keep up” with a 180-pound man over several hours can reach a blood alcohol concentration that’s two times higher.

It doesn’t takes a lot to make someone legally drunk

FALSE. When it comes to driving, legally drunk means having a blood alcohol concentration (BAC) of 0.08 percent or higher. How much alcohol it takes to reach that level depends not only how much alcohol has been consumed and how fast, but also the drinker’s body weight and gender. So while a 160-pound man needs to drink about three standard drinks in an hour to reach the legal limit, a 130-pound women needs to drink only two drinks in an hour to reach the limit.

Can Coffee sober up someone who is drunk?

FALSE. Once alcohol is in the bloodstream, nothing can be done to increase the rate at which the liver processes it (about one drink an hour). Coffee won’t help, and neither will exercising or having a cold shower. But coffee can give a potentially dangerous impression of feeling more sober – potentially dangerous because someone in such a state may assume that it’s okay to drive.

TRUE. Alcohol mixed with food takes longer to absorb than alcohol consumed on an empty stomach. Some people find it helpful to eat a meal before going out for a night on the town. In addition to slowing the rate at which alcohol enters the bloodstream, eating before drinking might result in a full stomach that puts out fewer “fill me” signals.

Some people are better at holding their alcohol?

TRUE. But it’s important to realize that the ability to hold your liquor – what doctors call tolerance – is about how intoxicated you feel, and not how intoxicated you actually are. And before you start bragging about your high alcohol tolerance, you should know that it’s actually considered a major risk factor for alcoholism. That’s because people who can drink a lot without feeling drunk tend to drink more than people with low alcohol tolerance

FALSE. Any amount of alcohol consumption before driving can affect performance behind the wheel. In fact, a recent study showed that having a single drink can significantly affect a person’s driving ability.

FALSE. A beer’s color has little to do with its alcohol content. Color is determined mainly by the malt and other ingredients used in the recipe, and the length of the brewing process. Most beer contains 4 percent to 7 percent alcohol. Some dark beers, including Guinness stout, are on the low end of the alcohol content scale.

The alcohol in hard liquor is more intoxicating

FALSE. Beer, wine, and liquor all contain the same kind of alcohol (ethanol). All things being equal, one standard drink should produce the same level of intoxication. But some people tend to drink more when drinking hard liquor or mixing different types of alcoholic beverages. And many cocktails contain far more alcohol than one standard drink.

FALSE. Alcohol doesn’t actually kill brain cells. It affects the way brain cells communicate with one another. Still, chronic, heavy drinking can lead to neurological problems, such as Wernicke-Korsakoff syndrome, which causes severe problems with memory.

Anyone who passes out from drinking should “sleep it off”?

FALSE. People can continue to absorb alcohol even after passing out, and this can lead to a fatal overdose of alcohol. Some unfortunate people left to sleep after becoming drunk “aspirate” their own vomit and choke to death. So, it’s important to stay with someone who might have had too much to drink, and not to assume that he/she will be fine after “sleeping it off.”

If someone has seizures, slow or irregular breathing, or blue/pale skin – or you cannot wake him/her – call 911.

Why is this? Scientists aren’t sure. But it appears that a person’s responsiveness to alcohol (tolerance) is at least partially hereditary.