We are excited to announce that we are sponsoring the AVFC Predators Soccer Club in Antelope Valley! These young ladies are awesome! Not just because we sponsor them, but because they have the drive and determination to get out there and work as a team. Go Predators! 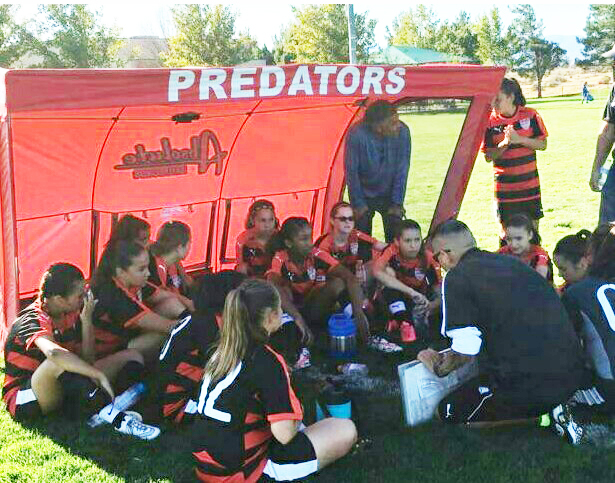 is a 501c (3) non-profit organization with a mission to provide developmental and competitive soccer programs for players in the Antelope Valley.

AVFC club offers programs for all youth age groups and levels. Your player can begin their soccer journey in their mini program, which is offered at age 5, and play until their top age group, 19. Gender is not a factor as they cater to both boys and girls.

Upon joining AVFC, players and parents will sign the Club Code of Conduct. Players and parents are not only part of a team but of the entire organization. Therefore their actions and behavior on the field and sidelines reflect not only on the person, but the team and Club as well. They expect players and parents to conform to their rules; respect the coach and his/her decision or instruction; commit to an exemplary attendance record for practices, games and tournaments; treat teammates, opponents, coaches, referees and other officials with respect; and follow their 48 hour rule on communication.

Absolute Bail Bonds® Gives Back to the Community

Giving something back to the community is a large part of what Absolute Bail Bonds is all about. We are pleased to actively support a wide variety of local charities as well as seniors groups, support groups and Service Clubs.