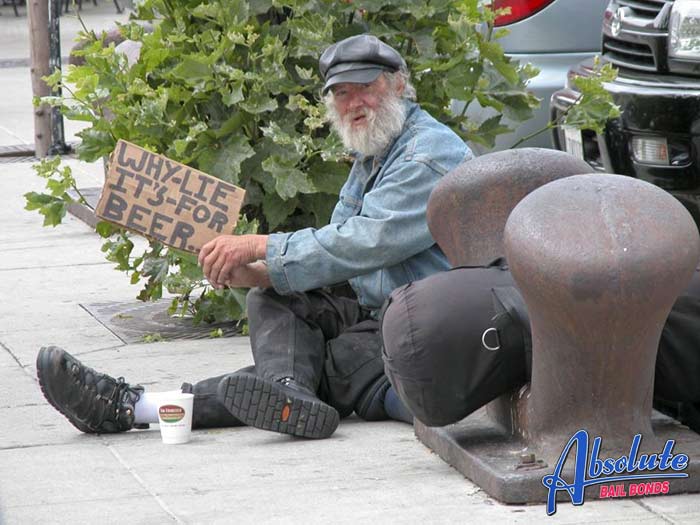 It is no secret that the state of California has a bit of a problem when it comes to homelessness. In fact, California had an estimated 134,000 homeless individuals in the year of 2017. This is almost half of the homeless population in the entire United States. Needless to say, this is a big problem, and it is only causing more problems.

One such problem is that of squatters, which are people who unlawfully occupy uninhabited property or land. These people do not have the right to live on that property because it belongs to someone else, and yet they live their regardless of the fact. This can cause problems for the property owner, which can get worse the longer the squatters remain on the property.

What is Considered Criminal Trespassing?

Here in California, and the rest of the country, a person is not able to walk on privately owned land or building unless they have permission to do so. Entering into someone else’s property without permission is considered trespassing. California Penal Code 602 makes this a misdemeanor activity.

This means that trespassing can earn a person one of the following:

Trespassing is not something that is taken lightly here in California. While one would think dealing with squatters would be plain and simple, that is not the case.

Do Squatters Have Rights?

California has what is known as squatter’s rights. This is a term that terrifies and concerns many property owners. Squatters in California can earn rights through what is referred to as adverse possession. This is a legal term that can allow a trespasser to eventually gain control of someone else’s property, which is bad for the property’s owner.

Adverse possession basically states that if a squatter has been living on a piece of property long enough, and has made noticeable improvements on the land while paying the land’s property tax, then he or she has a reasonable claim for ownership of the land in question. For this to occur, the property owner has to be pretty unaware of what is going on with the property for a very long time.

For adverse possession to take effect, the squatter has to live on the land continuously for 5 years, all the while using the land and making improvements on it. Once that is done, the squatter will have the right to claim the property as their own in court.

The government allows adverse possession because it takes land that was unused, and develops it, making it useable, and taxable. The 5 year requirement is to give the property owner time to notice the problem and try to deal with it.

Unfortunately for property owners, dealing with squatters is not as simple as one would hope, even with California’s laws against trespassing. As far as the state law is concerned, a person who does not properly police and control their property, deserves to lose said property. This is why it is extremely important for a property owner to regularly inspect any property that they own, but do not currently use. They also need to make sure that they are always paying their property taxes. Doing so will help them ensure that squatters do not reside there long enough to earn squatter’s rights, or achieve adverse possession.

Unfortunately, even after doing all of this, it can still be a lengthy legal process to remove squatters from a property, especially if they know about squatter’s rights. Skilled squatters are known to target abandoned properties and can often come up with official looking documents when confronted by police or other law officials. This can make them difficult to remove despite the fact that they are trespassing, however it is not impossible. A property owner just needs to be on top of the problem.

Do you know anyone who has issue with squatters? Can you remove squatters by force?